NailO is just a research prototype at this point, but we may explore turning it into a product in the near future. Please enter your information here to stay informed: < link >

NailO is a wearable input device in the form of a commercialized nail art sticker. It works as a miniaturized trackpad the size and thickness of a fingernail that can connect to your mobile devices; it also enables wearers to customize the device to fit the wearer’s personal style. NailO allows wearers to perform different functions on a phone or PC with different gestures, and the wearer can easily alter its appearance with a nail art design layer, creating a combination of functionality and aesthetics.

From the fashion-conscious, to techies, and anyone in between, NailO can make a style, art, or a design statement; but in its more neutral, natural-looking example it can be worn and used only for its functionality. As a nail art sticker, NailO is small, discreet, and removable. Interactions through NailO can be private and subtle, for example attracting minimal attention when you are in a meeting but need to reply to an urgent text message. Mimicking the form of a cosmetic extension, NailO blends into and decorates one’s body when attached, yet remains removable at the wearer’s discretion, giving the wearer power and control over the level of intimacy of the device to one’s body. 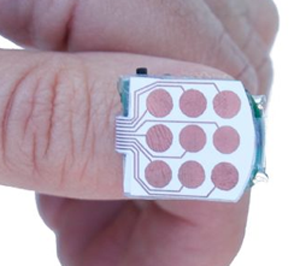 NailO uses projected capacitance to sense finger touch gestures. In this method the capacitance is measured on each electrode independently. During a touch event a capacitor is formed between the finger and the sensing electrode. This capacitance is sensed indirectly by charging and discharging a resistor-capacitor (RC) circuit. With a known resistor, the charge time of an RC circuit is proportional to the capacitance. We choose capacitive sensing over resistive because a custom sensor can be fabricated with accessible technology. 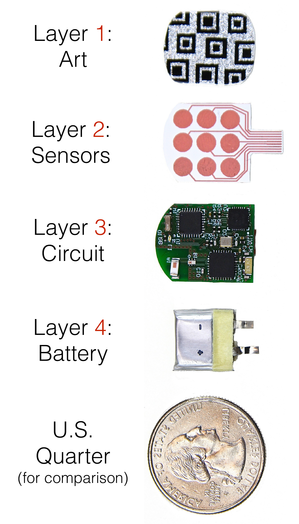 The hardware consists of four layers (top to bottom): (1) A decorative nail sticker layer for users to customize sensor appearance, (2) the matrix of sensing electrodes, (3) a printed circuit board (PCB), consisting of an ATmega328 (Atmel) microcontroller and MTCH6102 (Microchip) capacitive touch controller. The samples are transmitted to a laptop or a phone using Bluetooth Low En- ergy chip nRF8001 (Nordic Semiconductors). (4) A miniature 10 mAh lithium-polymer battery is used to power the circuit.

With the mean power consumption of 4.86 mA, the device can wirelessly transmit data for at least 2 hours. This represents the worst case scenario, as no power optimization was performed. The battery life can be greatly increased by implementing a sleep scenario, e.g., waking up and transmitting when touch event is detected. 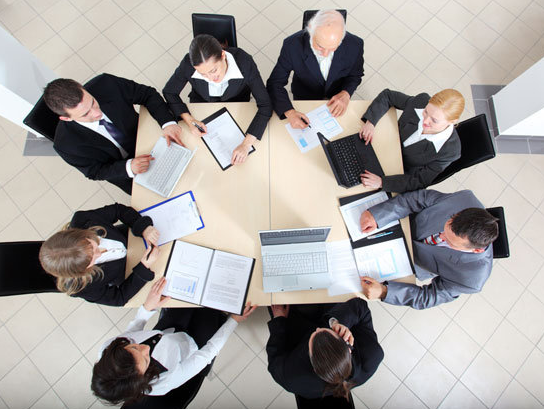 NailO can be used as a privacy preserving input method. For scenarios where gesture or speech input are socially awkward or privacy intrusive; nailO affords gestures that are implicit and attract minimal attention. An example scenario is simple interactions with devices while in meetings or other formal settings. As it is considered impolite to openly interact with technology in these situations, NailO affords basic input to subtly control unexpected prompts from devices, such as rejecting a phone call, toning down the ringtone, etc. 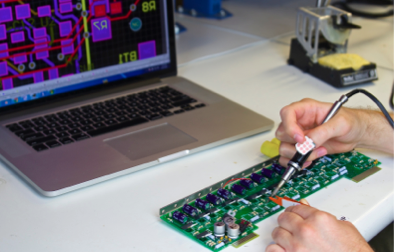 As our fingers are dexterous, they have capability for simple interactions even when both hands are occupied. We developed an application for electrical engineers to navigate PCB designs on devices while both hands are occupied with soldering. Without having to break from the soldering process, they can zoom into the on-screen board layout with long press, and navigate by swiping in four directions. 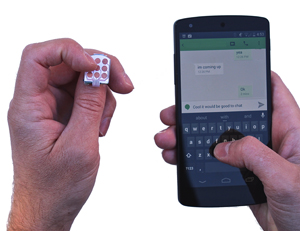 Fingernails are an easily accessible location, so they have great potential to serve as an additional input surface for mobile and wearable devices. Such devices are typically small and thus are difficult to use for complex input. We present a mobile typing application where the user does not have to switch between different key- boards. When typing with the English keyboard, the user can employ nail swipe gestures to input punctuation or emoticons without having to alternate keyboards.

To further realize NailO to the size of a nail art sticker, we worked with flexible PCB factories in Shenzhen for a thinner and bendable prototype, which could conform to the curvature of a fingernail (as presented in the video). We also talked to battery factories and found manufacturing capability for batteries under 0.5mm thickness.
For more info about Shenzhen manufacturing process, please visit this website: http://shenzhen.media.mit.edu